South Korean boyband TVXQ!, the K-Pop kings, will officially make a return after three years, and plans to release a new studio album on the 28th of this month. 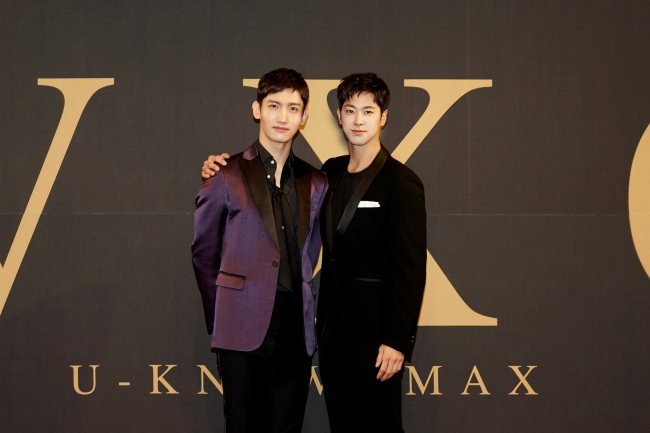 The TVXQ! duo, Jung Yunho and Shim Changmin, will drop their new album later this March and will embark on different activities in South Korea. This new album will be two years and eight months since their last release of their special album Rise as God in July 2015, and four years since the Tense album in 2014.

END_OF_DOCUMENT_TOKEN_TO_BE_REPLACED 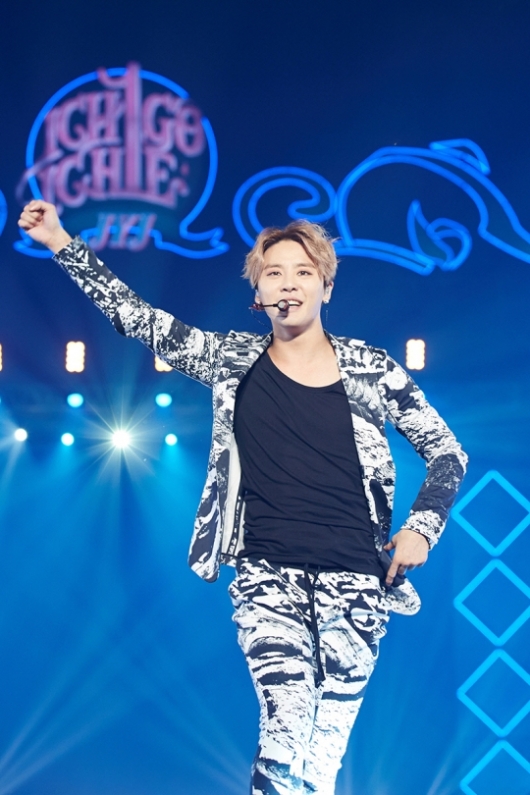 The announcement made yesterday by Interpark and JYJ Japan Official Website confirmed that the singer will kick off his ‘2015 XIA 3rd ASIA TOUR CONCERT in SEOUL’ to support his new studio album, following the success of the Tarantallegra and Incredible Asian tours.

END_OF_DOCUMENT_TOKEN_TO_BE_REPLACED

JYJ’s Jaejoong To Meet Fans On His Birthday In January

JYJ’s Jaejoong will be spending his 29th birthday with fans. 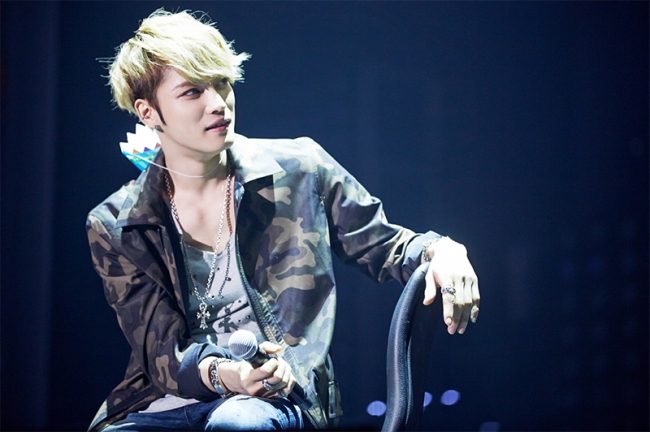 On December 16th, his agency C-JeS Entertainment revealed, “Kim Jaejoong will hold ‘2015 KIM JAE JOONG J-PARTY in SEOUL’ for his birthday on January 26, 2015 in Jamsil Indoor Stadium. He plans to have time with fans who give abundant love and support.

The agency added, “For two days starting from January 21 and 22, 2015, he will also spend a good time with his Japanese fans in the ‘2015 KIM JAE JOONG J-PARTY IN YOKOHAMA’, which will be held in Yokohama Arena, Japan.”

END_OF_DOCUMENT_TOKEN_TO_BE_REPLACED

The Republic of Korea and Republic of China governments will set out in a copyright protection campaign. 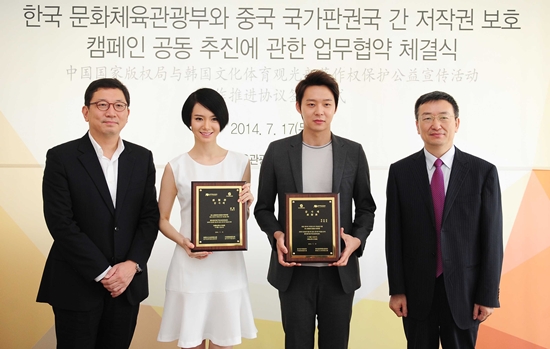 The Ministry of Culture, Sports, and Tourism (MCST) revealed that they have signed a joint propulsion for a copyright protection campaign with the Chinese Ministry of Publication Right on July 17 in Paju Studio.

Both nations will together record a campaign video where singer/actor JYJ’s Park Yoochun and actress Qi Wei will be involved. The clip will be broadcast in Korea and the Chinese’s China Central Television (CCTV). Park Yoochun and Qi Wei will appear in the clip as talent contributors.

END_OF_DOCUMENT_TOKEN_TO_BE_REPLACED

JYJ’s Yoochun Features In The July Edition Of ‘Singles’ Magazine

Fashion magazine for confident singles, ‘Singles’ reveals pictorials and interview of JYJ’s Park Yoochun, who finishes his SBS drama Three Days and is waiting for his first movie Sea Fog on the big screen.

Park sincerely confides his thoughts on finishing his drama Three Days, behind the stories of his first movie Sea Fog, acting thoughts, and the process in preparing JYJ’s new album.

END_OF_DOCUMENT_TOKEN_TO_BE_REPLACED

JYJ’s Yoochun spent a special time with fans and welcomed his 29th birthday.

The fan meeting this time around, which was held at Ilsan’s KINTEX, wasn’t designed in a way to meet the locals fans, but instead, it was for the purpose of spending meaningful time with fans on his birthday. The event, which had tickets completely sold out within 15 minutes from the start of sales, was progressed with a birthday party for approximately 3 hours, in the hot response from fans.

END_OF_DOCUMENT_TOKEN_TO_BE_REPLACED

Cafe J Holic is located on the third and fourth floor at 54-6 Myeongdong 2-ga, Chung-gu, Seoul, Korea. It’s about 5 to 10 minutes walking distance after exiting Myeongdong Station Line No.4 Exit 6.

Two most notable shops to spot nearby Cafe J Holic would be the Levi’s store next two shops to MAG N MAG, and Guess clothing store at the corner end; both which are located in the same row as Cafe J Holic.

END_OF_DOCUMENT_TOKEN_TO_BE_REPLACED

Coffee Cojjee is located at Apgujeong-ro 62 gil, 17-10. It takes a 5-10 minutes walk from Apgujeong station, Exit 3. It’s located in quite a secluded place in the high-end street of Apgujeong, first timers might get lost while finding their way there though. 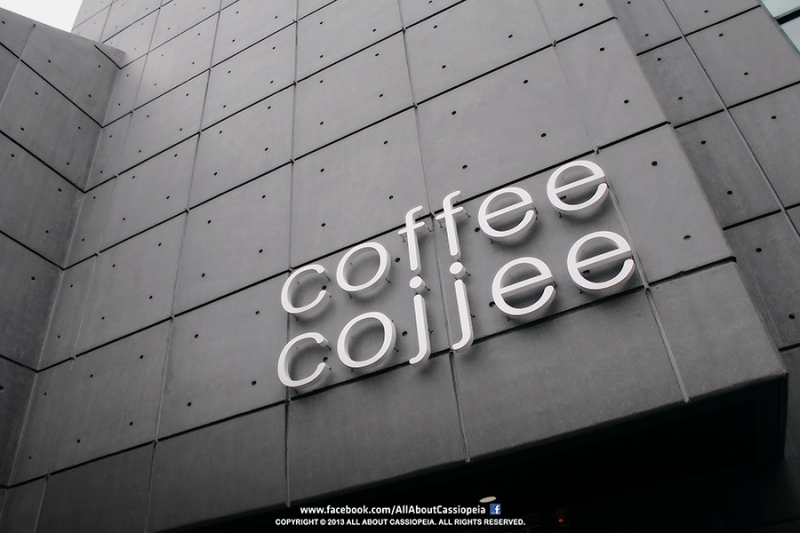 END_OF_DOCUMENT_TOKEN_TO_BE_REPLACED

One of my dearest friend visited Seoul, Korea and managed to sent in a few shots of JYJ Jaejoong’s new coffee shop, Coffee Cojjee when she paid a visit there while buying some hot chocolate.

Take a look at these gorgeous photos after the jump! 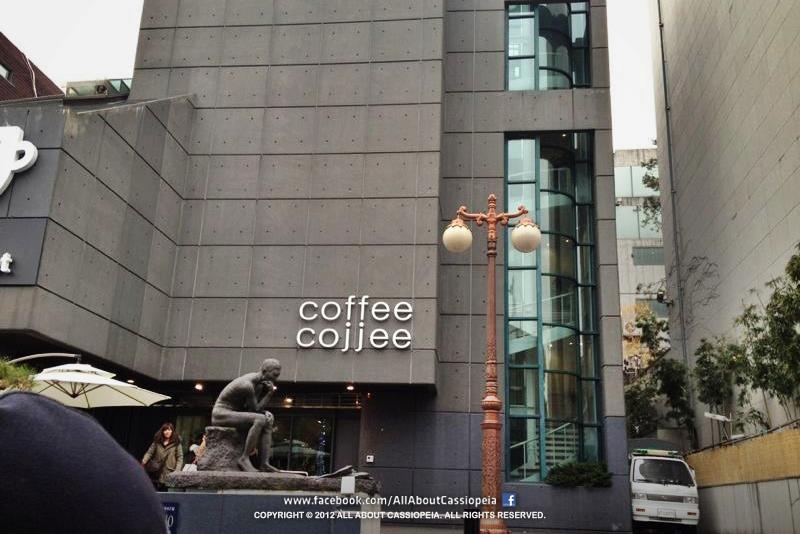 Isn’t the exterior view of Coffee Cojjee stunning? Can you manage to spot The Thinker?

END_OF_DOCUMENT_TOKEN_TO_BE_REPLACED

Korea’s most notable fun place run by S.M. Entertainment, everysing, opens a gallery room specially for TVXQ! in conjunction with the release of their “Catch Me” album, for a month.

Check out the details after the photo below!