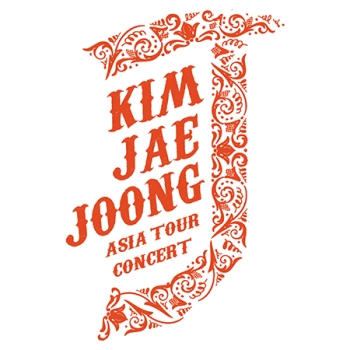 2020 KIM JAE JOONG ASIA TOUR CONCERT is an ongoing international concert tour of JYJ’s member Kim Jaejoong. The tour is organized to support his second mini studio album Love Song and will be Kim’s return to headline a tour after almost three years since The Rebirth of J tour. This new tour is scheduled to cover six Asian cities from January to August 2020. It began on January 28, 2020 in Seoul, South Korea and is expected to conclude on August 9, 2020 in Bangkok, Thailand.

The Novel Coronavirus (COVID-19) pandemic has left all shows in five cities of the Asian tour following the Seoul concert to be rescheduled as a preventive measure and safety for the singer, concert tour crew and attendees.

C-JeS Entertainment revealed the start of the comeback Asian tour with shows in Seoul on December 3, 2019. MelOn Ticket and Interpark were the ticketing agency for the shows in Seoul and the sales took place on the next two days. LOOK Korea was the only exclusive authorized dealer and travel agent for international and Japanese fans. The remaining stops for the five cities in the tour was revealed on January 3, 2020, including shows in Bangkok, Jakarta, Kuala Lumpur, Taipei and Macau. The show in Jakarta will be Kim’s first visit after eight years since his fan-meeting event in 2012 while he will make a return to Kuala Lumpur after almost a decade.

In an interview with Dazed Korea February 2020 issue, Kim expressed his interest to visit different countries but due to difficulty, Kim said, “I can only visit five countries for this Asia tour this time around from January to April.”

Novel Coronavirus (COVID-19) Pandemic Postponement
On February 4, 2020, C-JeS Entertainment and local concert organizer for the Bangkok concert, iMe Thailand, announced that the show which was originally planned to take place on February 22, 2020 would be rescheduled to May 17, 2020 due to growing concerns over the COVID-19 outbreak. Similarly, the Kuala Lumpur show which was scheduled to be held on March 14, 2020 will be postponed with tickets to be fully refunded as announced by iMe Malaysia on February 14, 2020. On February 25, 2020, Jaejoong announced the cancellation of the March 7, 2020 Jakarta concert and it will be delayed to May 2, 2020. Taiwan’s travel warning has raised to Level 3 on February 24, 2020 due to the accelerating cases of the COVID-19 happening in South Korea. The next two days, Taipei’s concert organizer for this tour had announced the March 28, 2020 show to be pushed back to July 18, 2020.

C-JeS Entertainment first announced on November 28, 2019 that Kim was eyeing on a comeback in the music industry with a new album along with a brand new concert after four years since his last album NO.X. Since then, Kim was gearing for the release of a new second mini-album titled Love Song on January 14, 2020.

On new year’s day, Kim suffered a finger injury and underwent an emergency surgery prior to the shows in Seoul in which he posted a selfie on Instagram that has now been removed. The surgery would require a total two months of complete recovery. His label, C-JeS Entertainment reassured that the scheduled album comeback and concert will move on without any changes on January 6, 2020. Despite the injury, the singer continued to perform in Seoul with wearing a wrapped bandage and cast. In the same shows, he celebrated his birthday on stage towards the end of the concert.

In an interview with Arirang K-Pop’s ‘Pops in Seoul’ on January 20, 2020, Kim said, “Since the concert is a performance with a live band, the atmosphere will be something that can only be felt in the moment. Because of this, my performance will change depending on the audience’s reaction and I think that is an interesting viewing point. Since it’s an Asia Tour, I’m personally looking forward to the foreign fans singing along to my song because this always makes me feel so good. I’m the most excited to see how hey will sing along to my song.”

In Bangkok and Jakarta, ticket holders to the shows have the opportunity to be chosen to attend a group photo session with the singer himself, autographed posters and albums, photo cards and special gifts.

The concert comprises a main stage and two side screens suspended above the stage to show close-ups of Kim. The shows in Bangkok and Jakarta is expected to feature an additional B-stage.

21 songs were performed in each show which ran for about three hours. The tour features songs from his I and Love Song mini albums, and WWW and NO.X studio albums. Kim is accompanied by six live concert band members on stage.

Shows of the 2020 Asia Tour consist of three acts separated by brief video intermissions with an encore at the end. The show begins with an opening intro video and Kim then appears on stage from a top stage lift with the new song “Secret” and “Butterfly” in a blue trench fur coat with a standing microphone. Kim greets his fans with an opening talk session before moving on to perform “빛(Bright)” and “Welcome To My Wild World”. After another talk session where he introduces the next special medley which is prepared for this tour, the singer sings three medley tracks of “Don’t Walk Away”, “Let the Rhythm Flow” and “All That Glitters”. This is followed by “Run Away”. The first act of the show concludes with a rearranged rendition of “Just Another Girl” from the WWW album.

After a video interlude, Kim returns on stage with a different costume change and begins a ballad segment with “바다의 시간(Time of Sea)” and “Heaven” in a yellow polka-dot outerwear and jeans while sitting on a chair. Following the next talk segment, he continues on with “햇살 좋은 날(Sunny Day)” and “Love You To Death”. Next, Kim gives a talk to the crowd and sings “Life Support” and “여리디여린 사랑을(Tender Love)”.

The next concert segment starts with a final video interlude and Kim returns to present a rock stage in a red outerwear with “Good Luck”, “Luvholic” and “Good Morning Night” with a microphone stand featuring his iconic “J” logo. During “Good Morning Night”, Kim repeats the last chorus for about 10 times with interval talks before concluding this segment with “Mine”.

The final segment begins when Kim leaves the stage but to return a few minutes later for the encore where he changes into a red shirt and black pants and performs “One Kiss” and “지켜줄게(I’ll Protect You)”, an original soundtrack from the TV drama series Protect the Boss. In “지켜줄게(I’ll Protect You)”, Kim would ask the crowd to join along the last chorus before he concludes the song’s outro. The show ends with Kim taking a bow and leaves the stage with an accompanied video of Love Song album photo shoot session and rolling credits of the tour personnel with “Secret” as the background music.

The concert poster for the show in Seoul was unveiled on January 2, 2020, featuring Kim in a white suit gazing into the camera. A 1-minute TV spot promoting the Seoul concert was released on January 9, 2020.

Kim’s 30-minute live broadcast was made on January 17, 2020 on V LIVE where he showcased the concert light stick and slogan towel, and demonstrated how these concert merchandise to be used during the concert for the songs “Luvholic” and “Good Morning Night” in a rehearsing studio prior to the Seoul concert.

On that same day, a 3-minute special music video clip for “여리디여린 사랑을(Tender Love)” which features behind the scenes of the album and concert poster photo shoot was released. On the following day, a new 1-minute Seoul concert studio rehearsal clip was released on JYJ’s official Facebook page.

Tickets have recorded to be sold out nearly under two minutes for the shows in Seoul on December 5, 2020. Fan clubs worldwide collectively donated 1.106 tons of rice wreath during the Seoul concert.

This set list is representative of the performance in Seoul.

This list is representative of the sales in Seoul.

Notes
A This concert on August 9, 2020 at Chaengwattana Hall, Central Plaza Chaengwattana in Bangkok was originally planned to take place on February 22, 2020, but was first rescheduled to March 17, 2020 and was later rescheduled again. 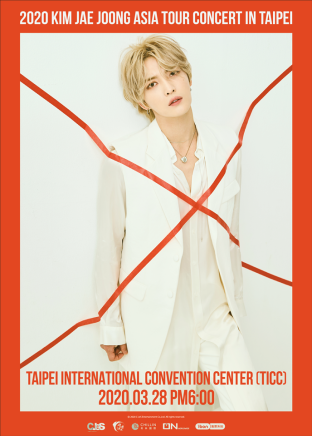 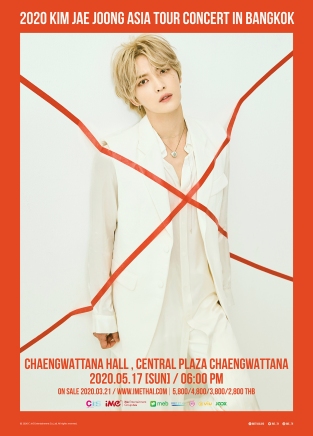