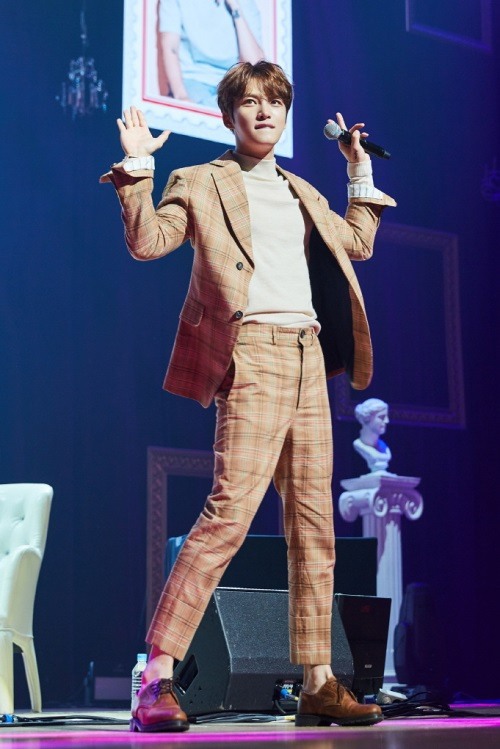 His agency, C-JeS Entertainment, said yesterday, “Kim Jaejoong finishes his 2017 KIM JAE JOONG ASIA TOUR FANMEETING in SEOUL, which was held on September 29, 2017 at Kyung Hee University’s Grand Peace Palace. Kim prepared for four hours solely for the fans and unsparingly showed off his hidden charms that none of his fans even knew.”

Before the start of the show, Kim expressed his careful heart for fans. There was a special ‘Dress Code’ segment in his fan meeting and he decided this year’s to be a ‘Halloween’ themed dress code. For the fans who were worrying about how to dress up, Kim prepared dress-up booths at his own expenses for fans to dress up however they want.

Besides, Kim had an fan-signing event through raffles prior to the evening’s show and held a surprise event when he disguised himself as Super Mario as fans approached him while waiting for the fan meeting to begin outside the venue. Kim took pictures with the fans, shook their hands and gave hugs. 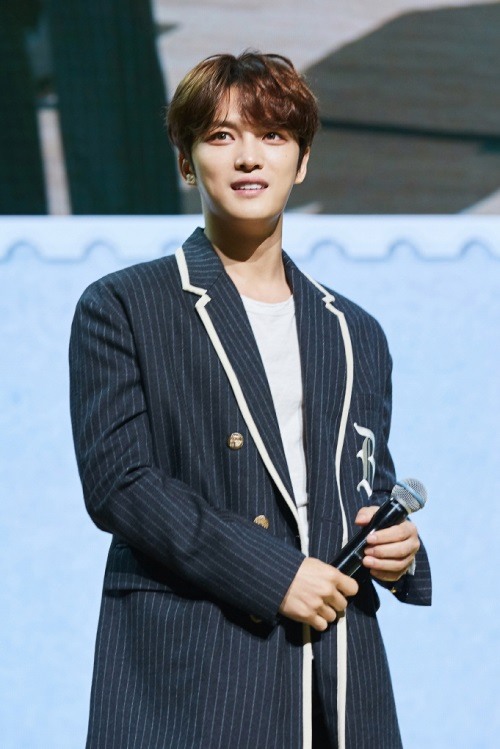 Kim began that evening’s show with, “Hello, this is Jaejoong. Thank you for coming to the first performance of my Asian fan meeting tour. Let’s have a good time today.” The first segment was ‘Halloween Day’ where he introduced various dress codes. Fans were dressed up in every shape and color to enjoy his performance.

A male fan who was discharged from the military three years ago arrived at the concert hall in his military outfit. Some fans surprised their idol as they dressed up as vampires, No-Face and Ugly Doll. Kim held the relay camera himself and spent some time to talk to fans from here and there in the audience’s seats.

Afterwards, Kim hosted a session where fans can participate along. In the ‘Truth or Dare’ segment, Kim had to answer questions the fans had sent and was dared to dance “Gashina” by Sunmi. He watched the dance performance on scene and danced it out and fans gave big applauds. The next was ‘Knowing Jaejoong’, where he asked questions to fans such as, “I always brush my teeth when I am so drunk,” or “I was once surprised because one of my close friends broke into my house,” and he gave out his personal belongings. 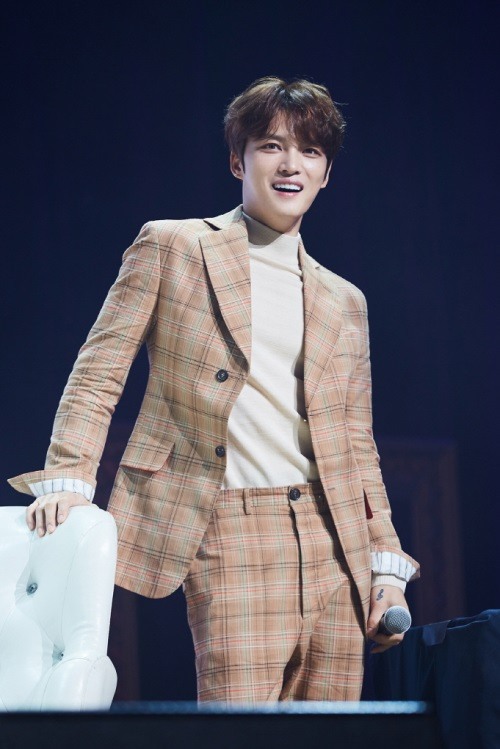 In ‘Jaejoong Food Try’ segment, Kim wore an eye patch and showed off his absolute tasting skills by guessing the brands of carbonated drinks and soju and the names of sashimi. The ‘Jjong Karaoke’ segment had top 10 songs that fans wanted Kim to sing and the artist displayed his smooth and exotic charms by singing “Family Picture”, “Galaxy” and “Forgotten Season”.

He continued showing off his dancing skills in ‘Follow the Dance Moves’ segment with songs like “Signal”, “Pick Me” and “Rising Sun”. The fans were moved by his passion to show whatever the fans want to see in him.

He wouldn’t have been the Kim Jaejoong if he ended it there. Kim then prepared a mini concert and performed “You Know What?”, “Although We Met Again, We Would Meet Again”, “Good Morning Night” and “Run Away”. Fans shouted for an encore and Kim asked, “How can a fan meeting have an encore? That’s for a concert,” but performed “Now is Good”, nevertheless, and concluded the four-hour long fan meeting event. 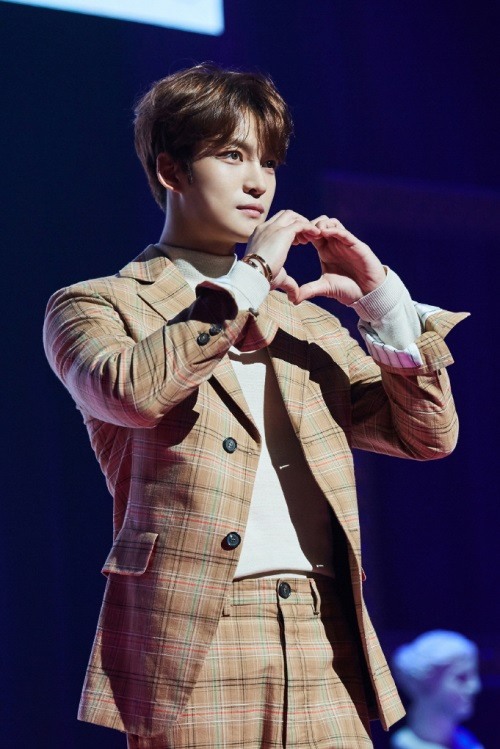 As he closes the fan meeting, he made his final greeting, “I have prepared a lot of things to have fun with you but I don’t know where I did it well. This event is incredible that I can closely see your faces and get questions and punishments that you want me to do.” He continued, “The director told me, ‘Even if you don’t do it well, the fans will like it if you try your best,’ and I think that way of thinking is much better. Thank you for the time that we spent well together. Step by step, I will show you my better self.”

There were fans from different age groups. A teenage fan said she likes Kim for more than 10 years and a fan in her 60s conveyed, “I wish there would be more happy events than the sad ones in Jaejoong’s life.” Other fans expressed, “I was moved by Kim Jaejoong’s heart that he prepared the stage while asking fans what kind of events and performance we want beforehand. I’m happy today because I’m a fan of Kim Jaejoong, who is an artist that prioritize his fans. I don’t think there is any other such fan meeting as this one. I was with him for more than 10 years, but he has showed off new aspects of him today. This is the beginning of the Asian tour and I wish him the best to finish well.”