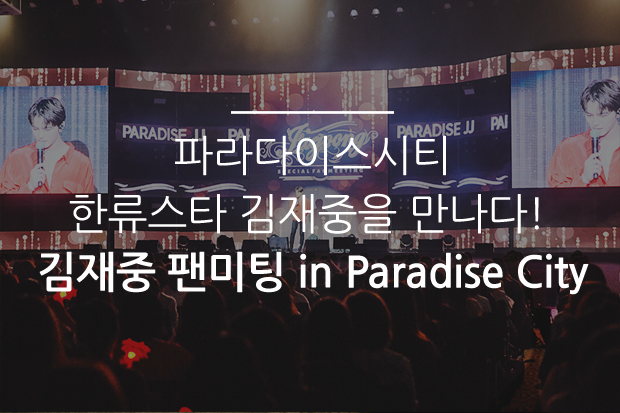 Paradise City has been attracting interest for its luxurious facilities and high-quality service, and we are planning various activities to reborn as the brand new center of Hallyu wave. For this, we appointed Kim Jaejoong, who has been leading the Hallyu wave, to be our public relations ambassador and it was the first step to reborn as a K-Style Destination by holding a fan meeting event with foreign fans. Let us get into the intense scene with Kim Jaejoong and 500 foreign fans. 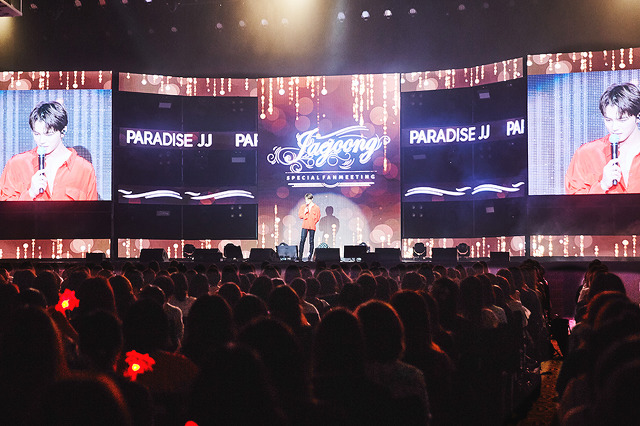 This fan meeting had a special meaning that the Korea Tourism Organization gave a plaque of appreciation to Kim Jaejoong who brought the spotlight to Korea and made it known. A lot of fans celebrated Kim’s award with a heart to add to his joy. After receiving the appreciation plaque, an event was held to give out the 2018 PyeongChang Winter Olympics mascot dolls randomly and Kim made eye contacts with his fans one by one. Kim said, “I hope you will remember the meaningful times we had in Paradise City and spread the news to people around you,” showing his hard work in promoting Paradise City as the new public relations ambassador! 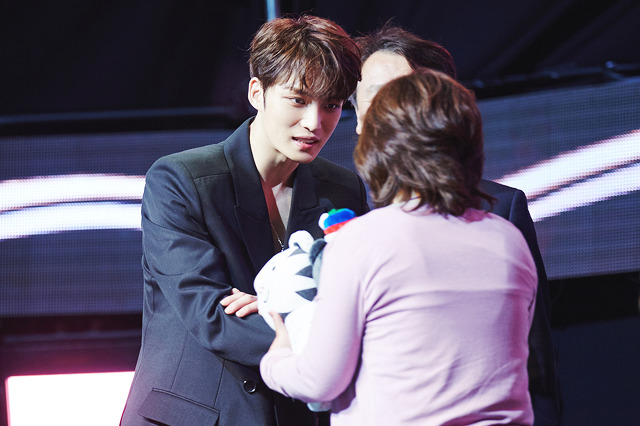 Fan meeting view point 2. Meeting Kim Jaejoong who is sincere and passionate at the same time!

Fans are curious about everything about their idol. In this fan meeting, a talk session was prepared called the ‘Roulette Talk’ for the fans who wish to know more about him. They talked on various topics picked from the raffle and Kim answered to each question with care. 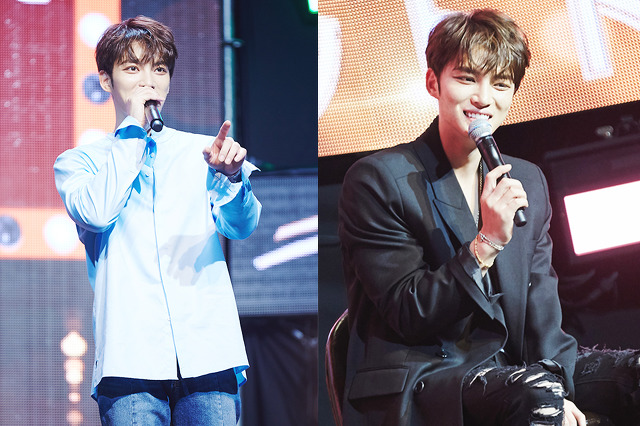 Different questions came out including, “Who is the entertainer you think is the most handsome?” and “In what way did you change as you got older?” Kim answered them sincerely in a serious manner. For those unlucky fans who weren’t there, we will reveal a few answers. When he was asked on when does he look cool the most, Kim replied as when a performance ends and people claps, he feels a little bit lonely but on the other hand he feels, “Maybe I’m just a bit cool?” And, as he got older, simpler things attract his attention and he tries to hold in his sorrows when sad things happen in his life so that he won’t affect the people around him. That is so mature of him. His skills in guarding his place in top of the entertainment industry for 13 years stood out that yet he does not know how to bear with sorrow. He thinks to himself that life has this and that kind of things so “things will get better when it is the time.” 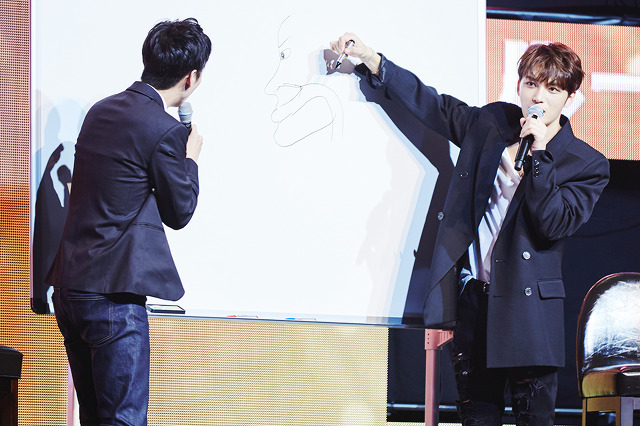 In this roulette talk, Kim taught his vocalization to his fans. He even drew on the whiteboard to explain passionately, but it was a special vocalization so many fans had a hard time following him. The secret to his mysterious voice is called ‘air allocation.’ He breathes out half of the air through his nose and the other half through his mouth. Try out Kim Jaejoong’s unique vocalization! 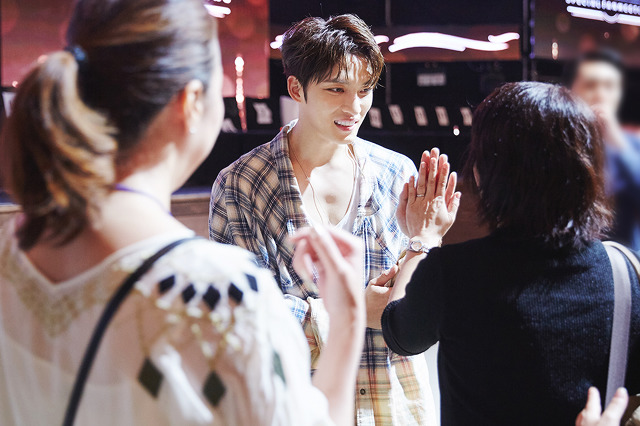 Kim Jaejoong’s mini-concert marked the climax of this fan meeting. His mysterious, beautiful voice did not change over the two year hiatus and became even sweeter. Specially, his final song of the concert was “I’ll Protect You,” the song he composed for his fans and they were moved and rejoiced. When the concert ended, the fans and Kim did high fives. Kim treated his fans with a sincere and warm attitude till the end of the fan meeting so fans could not resist falling in love with him again. Literally, these were the paradise-like moments for fans! 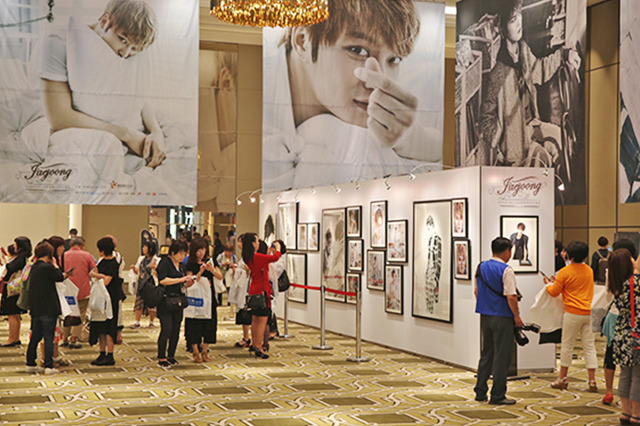 Fan meeting view point 4. Bringing out a greater satisfaction with the facilities on other levels!

One of the reasons that this fan meeting was highly satisfactory was the best amenities that Paradise City had offered. A photo exhibition of Kim Jaejoong was held prior to the fan meeting, and various standing signboards and pictures of Kim were displayed in the large convention hall for the people to take pictures with the posters freely. 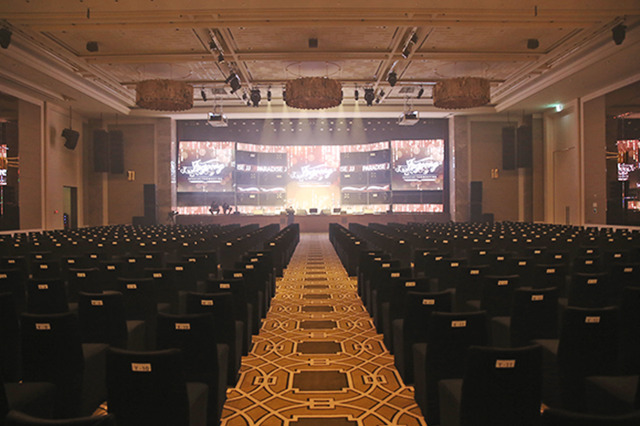 Besides, our Grand Ballroom is spacious even with more than 500 people in it and its clean sound quality surprised the fans with the best stage equipment such as large screens and speakers. Paradise City arranged the fan meeting seats with a sense. The seats were arranged with some space in between so the fans could focus on the fan meeting without noticing the people sitting next to them, unlike in any other concert halls with tightly packed seats. With this arrangement, we could finish the fan meeting in a good atmosphere and with success. 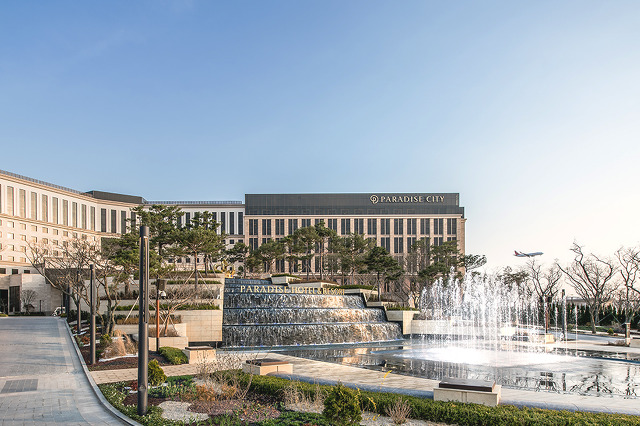 In ‘Kim Jaejoong in Paradise’ fan meeting event, we could see various features of Hallyu star Kim Jaejoong and the potential of Paradise City which will be the center of a brand new Hallyu style. As it is an Artentainment Resort Paradise City, we unsparingly provided amenities and entertainment facilities for fans. Paradise City is scheduled to host other Hallyu events in the future as well. We expect much love from the Hallyu fans for the various facilities and activities of the complex resort. Please look forward to the future of Paradise City, the new K-Style Destination, a must-visit place for those who love Korea and its Korean culture.