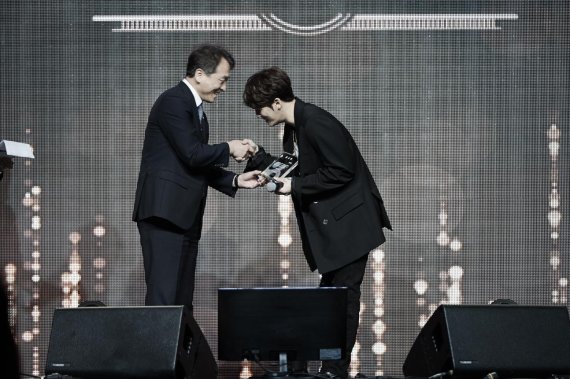 Jeong Chang Su, the president of KTO, awarding a plaque of appreciation to Kim Jaejoong for his achievements in improving the relationship between South Korea and Japan, and contributing in promoting tourism in Korea. Photo: Korea Tourism Organization.

The Korea Tourism Organization (KTO) reveals that JYJ’s Kim Jaejoong has gathered over 500 Japanese fans during his fan meeting event which was held in the Grand Ballroom of Paradise City in Incheon, Yeongjong-do on June 25, 2017. The Korean in-bound tourism market, however, has declined due to the Terminal High Altitude Area Defense (THAAD) issues and threats from North Korea.