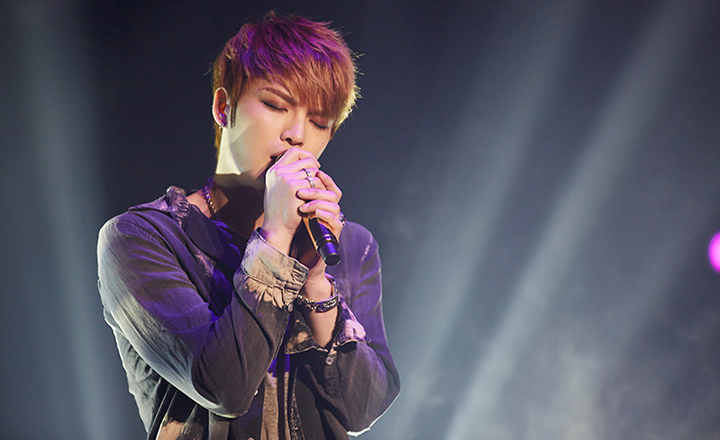 Kim’s agency, C-JeS Entertainment, said, “The ticket sales opened at 8.00pm earlier today on MelOn Ticket for the upcoming 2017 KIM JAE JOONG ASIA TOUR in SEOUL ‘The REBIRTH of J’ at Korea University’s Hwajeong Gymnasium. Despite Kim’s hiatus for one year and nine months, the tickets were completely sold out in just a minute after the sales have started.”

Prior to this sell-out, more than a thousand local and foreign fans gathered at Kim’s military discharge scene and at a mini fan signing event at COEX Live Plaza on December 31, 2016. It was known that many fans had been waiting for Kim’s return from serving his military.

Even after the news of the concert was announced in just two days earlier, Kim’s first solo concert after his military service recorded a sell-out in a short period of time.

An official from MelOn Ticket revealed, “Typically, an artist will announce the start of concert two months earlier but Kim Jaejoong had a late announcement due to his military service. Nevertheless, this recent ticket battle for Kim’s concert has made a great appeal to fans from around the world. The number of foreign fans who will attend to watch the first concert of Kim after his discharge is remarkable. I foresee the enthusiastic interest for the following shows in his Asian tour.”

The 2017 KIM JAE JOONG ASIA TOUR in SEOUL ‘The REBIRTH of J’ will take place on January 21 and 22, 2017 at Hwajeong Gymnasium, Korea University.