South Korean boyband JYJ’s Kim Jaejoong had a special year end with over 2,000 of his fans. 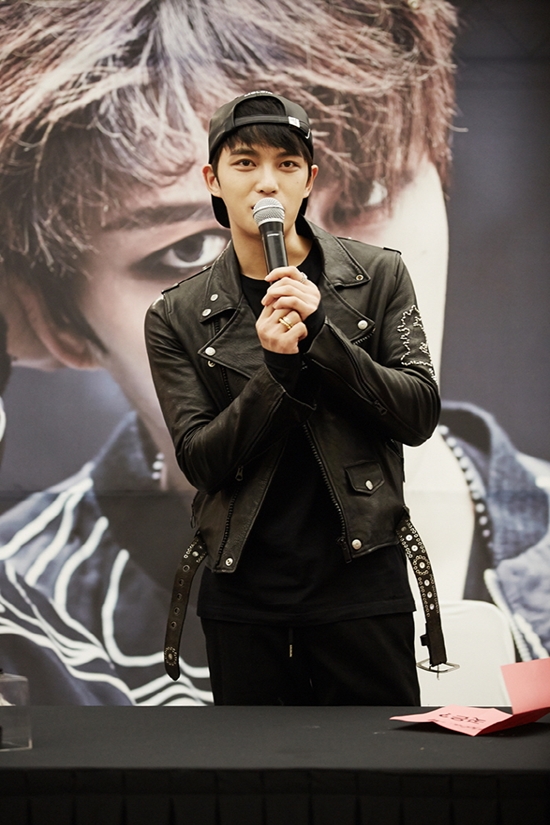 Kim hosted his first fan signing event at Seoul’s COEX Live Plaza on December 31, 2016 after he was discharged from South Korea’s military service a day before. He organized the event for his fans who had waited for him for a year and nine months while he was in the military.

2,000 fans from around the world crowded this event to witness their idol. Aside from 200 lucky fans chosen to get his autograph, others were seen gathering at the event space holding placards to greet him. Kim then made his appearance and received cheers from his fans before greeting them with, “It’s been long. I’ve missed you.”

Soon after, Kim made eye contacts with those 200 lucky fans and smiled at them one by one. He also did special fan services by shaking their hands and petting their heads. Kim did not forget to show his love for fans who were not chosen for this autograph event. A mini fanmeeting ensued where Kim answered questions from his fans.

“I became friends with every military personnel that I’ve met during my service,” Kim said about his popularity in the military. “I received a lot of contacts from friends who already discharged from the service to congratulate my discharge.”

When he was asked about how he felt after his latest album NO.X did not garner first place in music charts during his military service, he replied, “To be honest, I was glad even though it did not make it to the first spot as it is hard for someone’s album to be even nominated when that artist is in the military.” He continued, “I get to watch a lot of music broadcast in the military, so I was thankful.”

Kim conveyed his gratitude to the fans who came despite the cold weather and shared his future plans as he concludes the event. “So many people are here. I was really moved to see young students and fans from abroad and I thought to myself that I have to repay this gratitude that I’ve received. Please anticipate the upcoming January concert and I will see you more often from now. Thank you for waiting for me for two years.”

Meanwhile, the singer will hold his solo concert 2017 KIM JAE JOONG ASIA TOUR in SEOUL ‘The REBIRTH of J’ on January 21 and 22, 2017 at Hwajeong Gymnasium, Korea University.