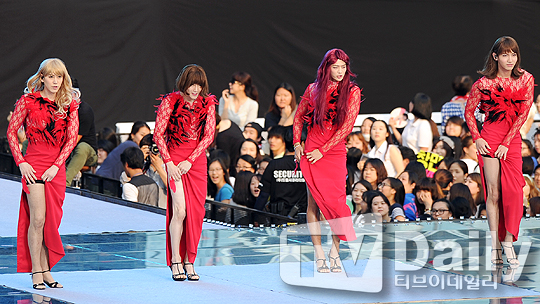 The four artists performed Something, a popular song by Girl’s Day, with passion during a special stage in yesterday’s ‘SMTOWN LIVE WORLD TOUR IV in SEOUL’.

Above all, they showed off their faces that are so much prettier than women and surprised everyone.

Photo / TVDaily
Translation by / Judith (All About Cassiopeia)