JYJ’s comeback concert ‘The Return Of The King’ in Seoul is making progress and we get an exclusive peek on the grand stage! 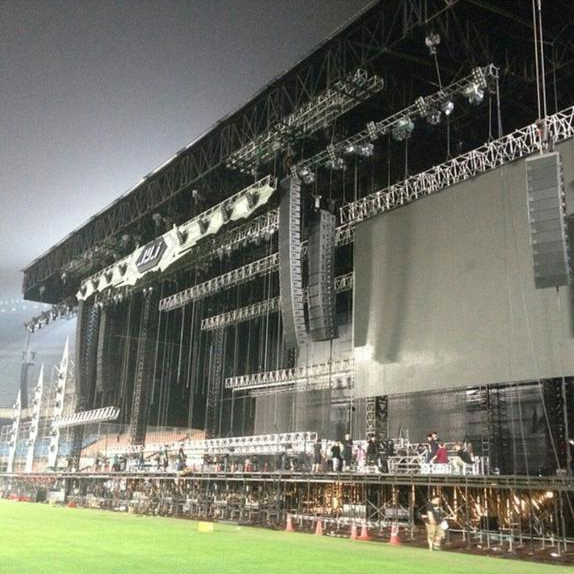 A photo was uploaded on Instagram by Park Jun Myung on the night of August 5 and what it seems to be the concert crew was working around the clock ahead of this Saturday’s night show. Park, who is presumably one of the staff in the sound team, posted a view of the stage being constructed with the following caption that we have it translated:

#JYJ #JamsilMainStadium #SoundTeam
#Mosquito I’ve been bitten too much. Hate it
Like a #muse, it’s a killer, so cool!!!
Wonder what kind of sound will it turn out #CuriousCurious