Lee Hwi Jae revealed a behind story between his wife Moon Jeong Won and TVXQ!’s Yunho. 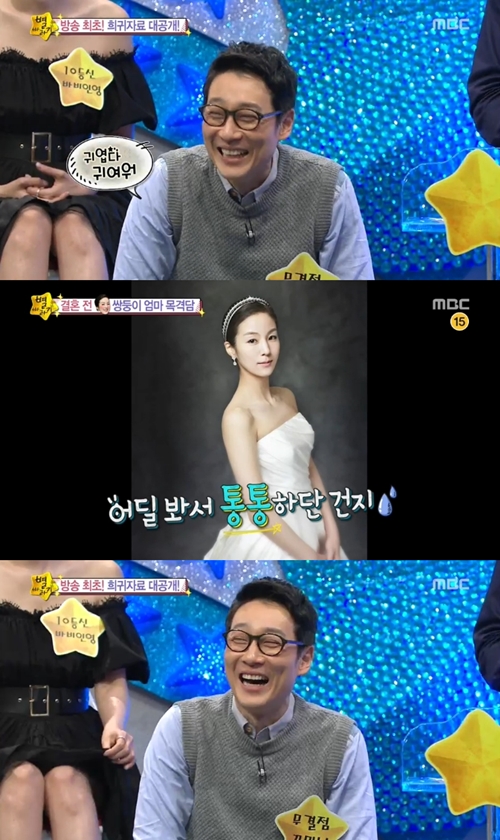 During that day, comedian Lee Hwi Jae, who gained popularity while recently being active in KBS2-TV Happy Sunday – Superman Returns as a father of the twins, appeared as one of guests and attracted attention.

After hearing the story of an ordinary married woman who likes Infinite, Lee Hwi Jae went on and said his wife Moon Jeong Won likes U-Know Yunho, but instead of being jealous, he feels thankful to him.

Also, he showed affection to his old fans and said, “[They’re] my drinking companions. Since we are getting older, sometimes we have a drink. These two of my friends even had to pretend to go drunk before me.”

On the other hand, Star Gazing is a compound word of ‘star’ and ‘sunflower’, indicating the fans who only gaze the stars. Unlike prior star talk shows where we listen stars’ stories from himself or herself, this is a talk program with new format where fans can show off their precious inclusive moments with those stars and stars’ charm that only fans could know.