Kim Junsu To Kick Off A Ballad Concert Tour In Japan

JYJ’s Kim Junsu will hold a ballad concert in Japan.

Kim’s agency, C-JeS Entertainment, has revealed through a press media on March 27, “Kim Junsu will hold the ‘2014 XIA THE BEST BALLAD SPRING TOUR CONCERT IN JAPAN’.”

The company reported, “Kim Junsu’s ‘Ballad & Musical Concert’ that took place in the year end of 2012 and 2013 had been receiving a lot of praises for its refreshing 100% all-live concept with orchestra.”

In addition, they stated, “‘The Best Ballad Concert Tour’, which is a Japanese version of the ‘Ballad & Musical Concert’, is really meaningful as it is a high-class live concert in the overseas” and raises much anticipation. 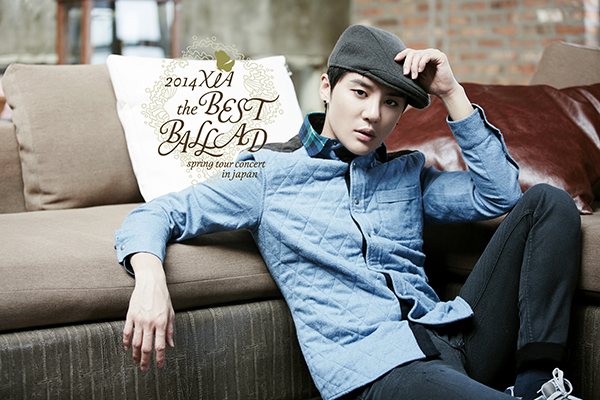 The spokesperson also conveyed, “Kim Junsu will be performing ballad songs from his album, drama original soundtracks, musical numbers that he participated in, and additional new Japanese ballad songs. This concert is held to present Japanese fans who love Junsu’s music in this special spring.”