Album arts play a great deal in the music industry since the early years of the 20th Century. They mainly serve to increase album sales and physical albums are proven to continue to outsell digital downloads due to their attractive packaging. Album designs are now a space to showcase artistry regardless of the artists who are posing for the shots or the theme that it’s trying to convey.

We’ve picked our top 5 best album covers of TVXQ! photo shoots that they have released since 2003 in Korea and Japan, and our reasons telling you why. 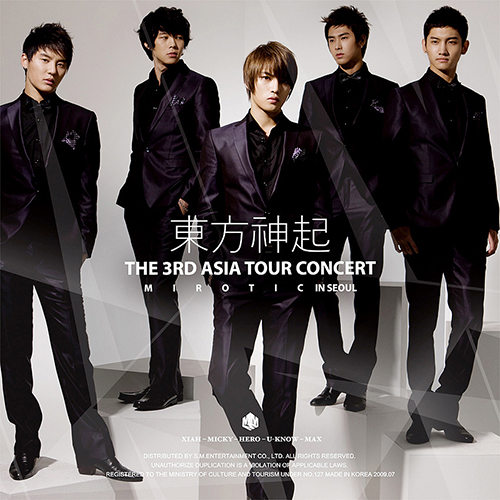 The five members of TVXQ! definitely looks best when it comes to tuxedos. For this album, the boys donned black suits for the first time for a concert live album while standing tall in front of a grey backdrop. Each of them has his own respective rectangular platforms of different heights but fitting everyone in one frame. Even though initially there were many poses done during the photo shoot, this was eventually picked as the final release. The official concert logo was rotated and overlaid in such a way that it does not really cover their faces in an obvious manner. Simple yet elegant. 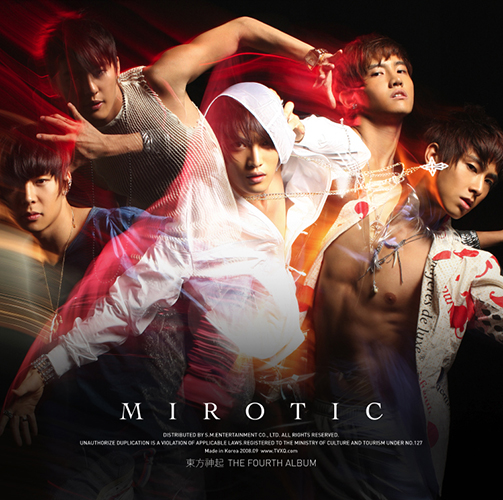 Awarded as the album of year 2008 in South Korea, MIROTIC’s photo shoot has a catchy feel with red-yellowish striking trails on the edges of each individual that was applied during post-production. The trails make it look as if each member swifts from and into the middle of the frame. The photo shoot was carried out separately for each person and was then put together for the final release. The semi-transparency seen on the figures blends well together with the black backdrop and highlighting the reds. 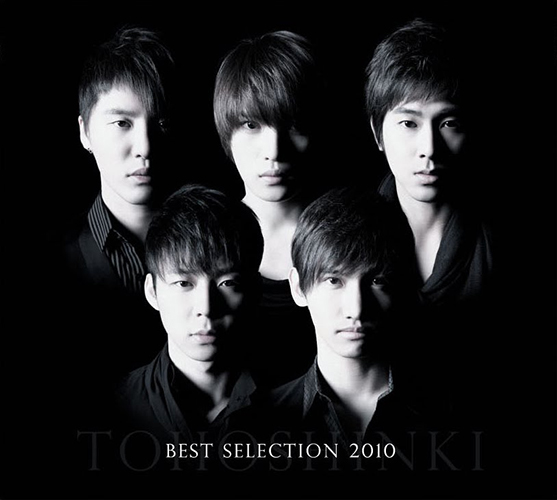 This is a rather simple monochrome concept of black and white portraits. The lighting that shines only a portion of their heads somehow expresses the seriousness shown on their faces. This photo shoot also resembles to The Beatles’ 1963 album, ‘With The Beatles’, except for the softer touch on the overall photo shoot of Tohoshinki’s. 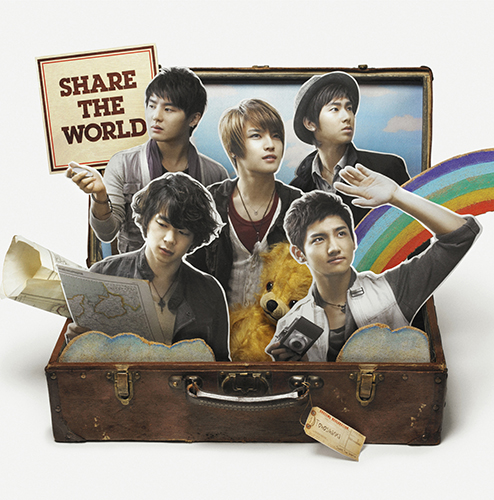 The album cover displays great creativity as we see the five members’ cutout figures popping out from a briefcase and dressed as travellers to suit the song’s theme. The cartoonish look makes this album cover special unlike the others that they had released before. 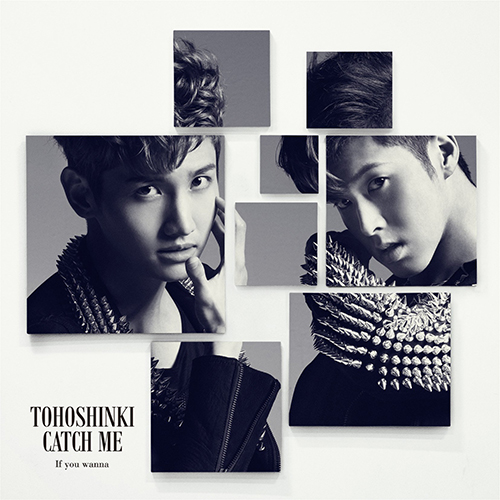 The album cover is specially designed to make it look like a few pieces of large canvas arts hung onto a wall. The largest canvas-like prints of each member serve the purpose to reveal their faces and a dark blue-gray color tone is applied to the overall picture.

Do you have any favorite TVXQ! album covers in mind? Have your say in the comments!

[Article written by Douglas from All About Cassiopeia. Any copying, republication or redistribution content other than for personal uses is expressly prohibited.]

One thought on “The Top 5 Best Album Covers Of TVXQ! [EDITORIAL]”