TVXQ! will be joining some of their label mates from SMTOWN to perform at Korea International Exhibition Center (KINTEX) in Ilsan, Korea for a one-week residency show, SMTOWN WEEK. TVXQ! will take over part of SMTOWN WEEK for their solo stage under the name ‘Time Slip’ for two days starting December 26 and 27. U-Know Yunho and Max Changmin will showcase some of their hit songs for a concert to commemorate their 10th Anniversary since debut in 2003. 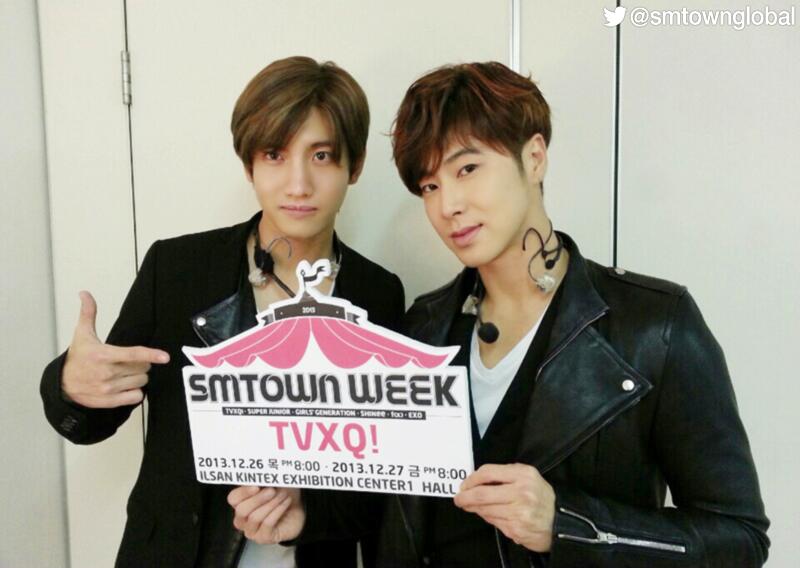 SMTOWN recently released a greeting clip of the TVXQ! duo for their fans through its Facebook page.

In the clip, Changmin explained, “‘Time Slip’ means time travel. Since this concert will be held on our 10th Anniversary, we are planning to sing the songs that were popular, and classifying them in different themes accordingly.” Yunho further addresses that they are preparing various performances and hope the fans can join them in this special 10th Anniversary concert.

TVXQ! is set to perform some new songs which are scheduled to be released in Japan next year during this concert.

In other news, TVXQ! is working on a new special album to celebrate their 10th Anniversary, which comprises about 10 songs and it will be released next year.