The preparation for JYJ Junsu’s second solo Asia tour concert, carrying the name ‘XIA 2nd ASIA TOUR CONCERT INCREDIBLE’ has begun and the singer himself is scheduled to visit Bangkok, Thailand as one of his stops in this Asia tour to promote his upcoming second studio album.

The first promotional poster for this concert was released two days ago by an official Facebook page of this concert’s Bangkok leg. 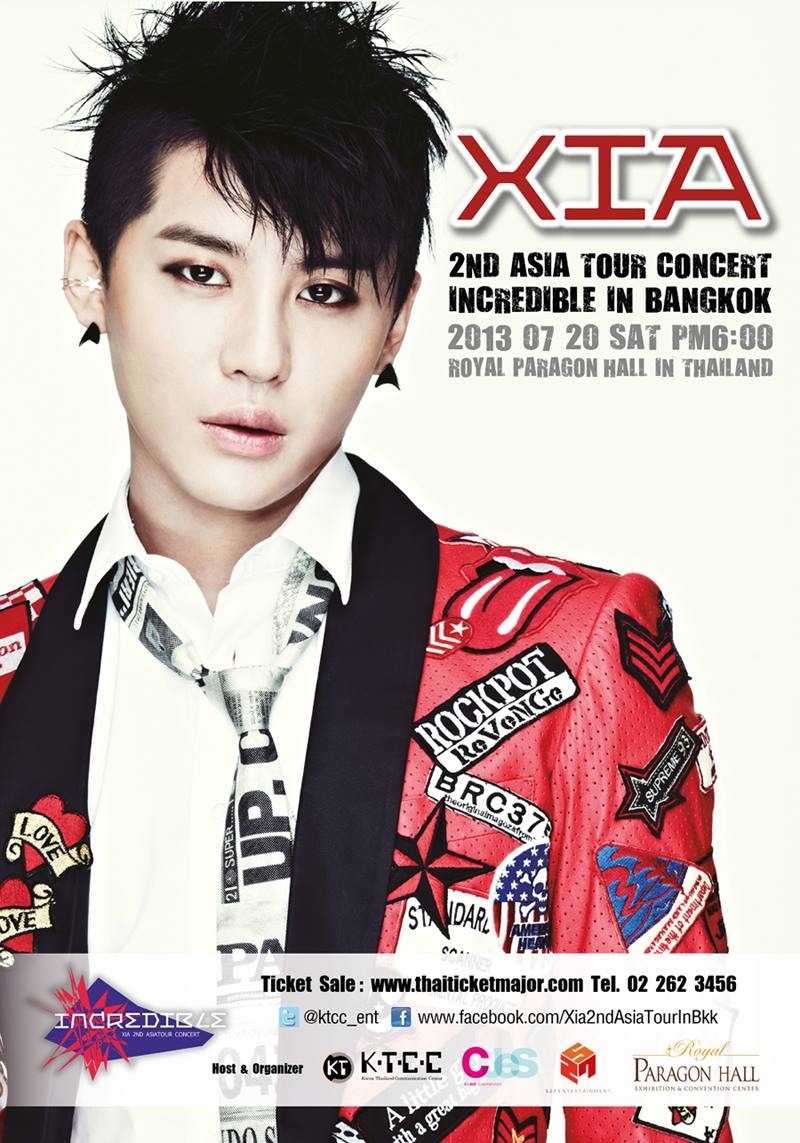 Following the success of his XIA 1st World Tour Concert TARANTALLEGRA and 2012 XIA Ballad & Musical Concert with Orchestra, Junsu (XIA) has proven his capability as a talented singer to perform internationally as an individual artist even without his fellow band mates.

As his second return next month with a new studio album which is set to be released on July 15, C-JeS Entertainment, Korea Thailand Communication Center (K.T.C.C) Co. Ltd. and S27 Entertainment are in the midst preparing for this concert for fans on July 20 at the Royal Paragon Hall, Siam Paragon.