Disclaimer: The author of this article is a die-hard JaeJoong-biased fan. 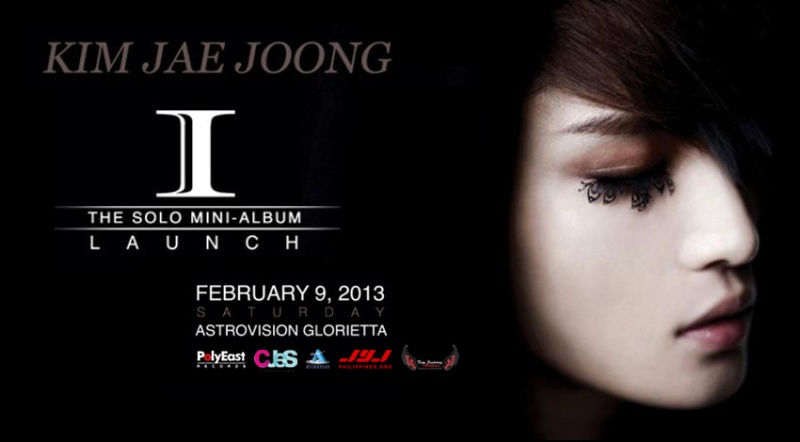 I must admit that am one of the newly-bred Cassiopeia but it does not set me apart from those who bleed red.

I was too focused in my academic and extra-curricular activities not until my heart was captured by this mysterious man, who happened to be the Postman to Heaven, in November 20, 2011. A friend told me about this man and the group he was in to and that commenced a love that will never cease nor fail.

I was almost a decade late to recognize this extraordinary lad, to which I missed a lot of his ups and downs, but I am proud to say that I did not miss to support Kim Jae Joong’s first solo album, which was launched by PolyEast Records together with JYJ Philippines in the Philippines on February 9, 2013.

I was studying in a university, which was about 2 hours away from Glorietta, so I have to prepare and leave early. At around 7:30 in the morning, I left my dormitory anticipating heavy traffic flow and I reached the corporate city of Makati at around 9:30. Malls usually open at 10 so I had to wait for the opening hour. When I was approaching the entrance, I noticed that there are people waiting in front of the door already. At first, I was not able to recognize if they were fans or just mere mall goers but when members of JYJ Philippines came, they started to spazz so I was able to confirm that they are attendees of the album launch.

It was my first time to attend such an event so I had no idea that people will arrive early to grab a copy of the album. Alone, yes I was, but it did not spoil the thrill emancipating from myself and the crowd.

As soon as the mall opened, the fan girls rushed through the door and looked for Astrovision, the store where the launch will be held. After a few minutes of preparation, fans were asked to line up to organize the event. 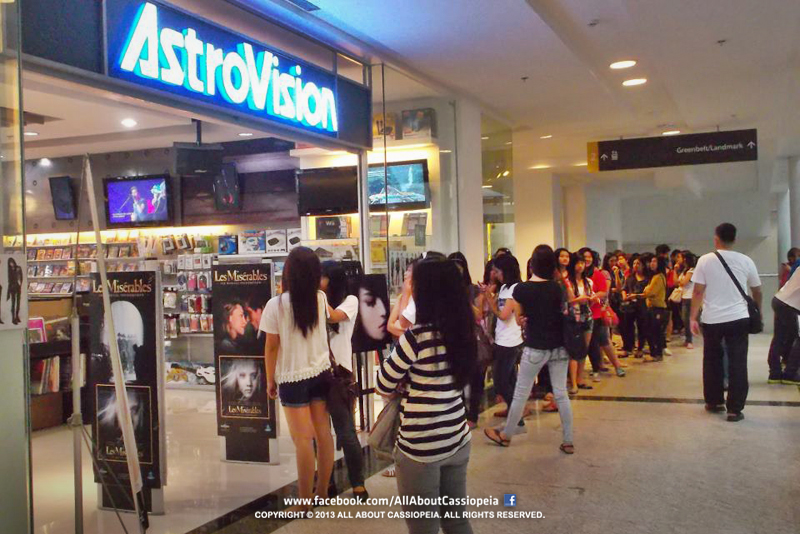 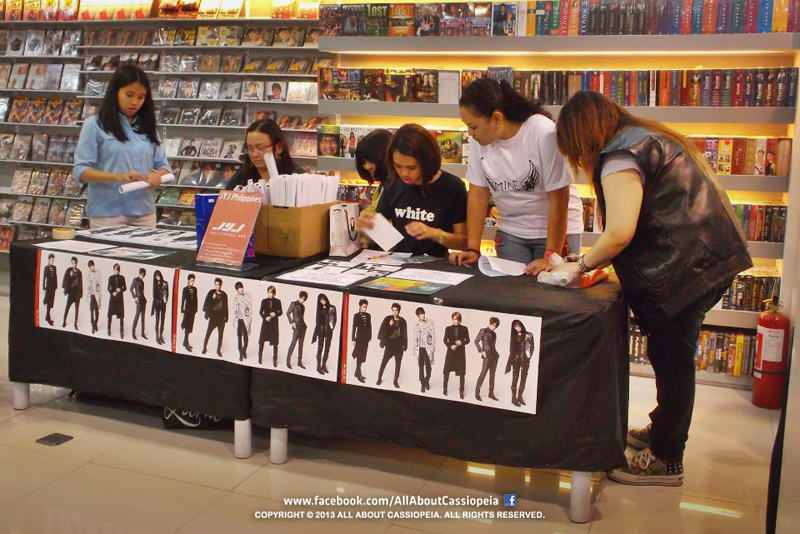 First stop is the cashier to which you have to pay and claim your album.

Then you will proceed to a table, where you will get hold of 2 posters of Kim Jae Joong, one is the official poster of I and one from Tony Moly. 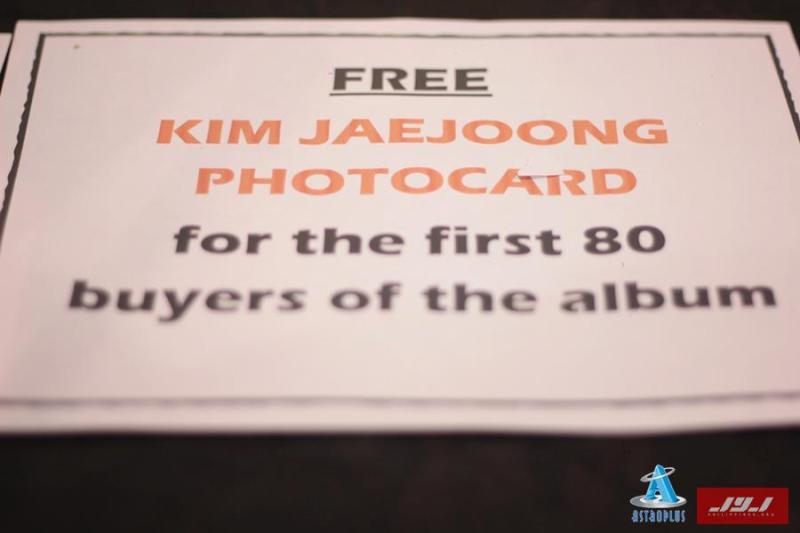 The first 80 attendees were given a photocard as souvenir. After this, there is a photo op in the middle of the store set up by Tony Moly, where you can get a chance to take a photo beside JYJ themselves! 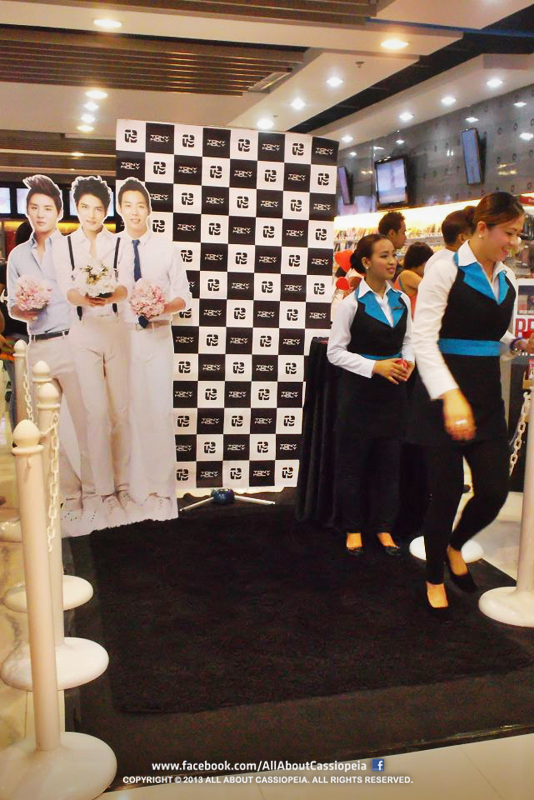 By 1:00 in the afternoon, games were facilitated by JYJ Philippines giving off JYJ-Tony Moly freebies and prizes. 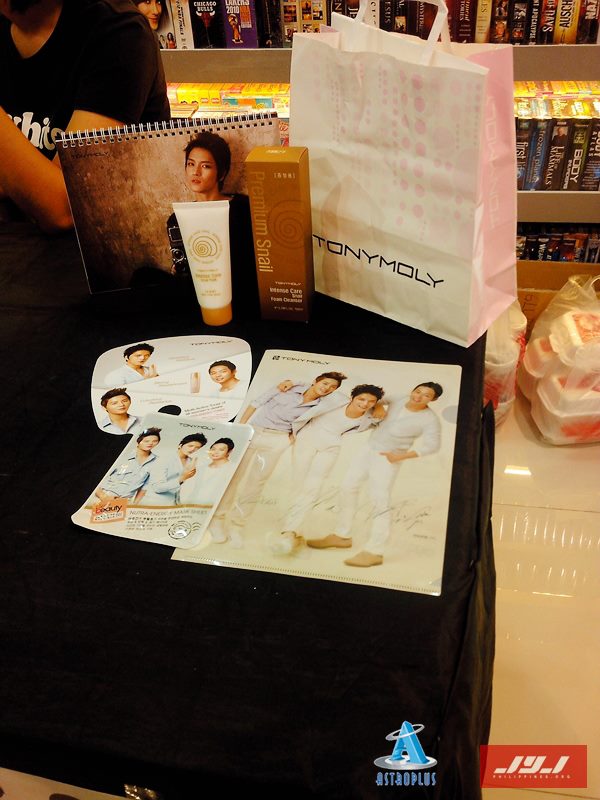 And at the end of the day, the albums were all sold out!

Kim Jae Joong may not be physically present in this event. He may not be able to witness how much we supported him. I just believe that love knows no distance and the universe shall conspire for us to recognize each other’s love.

Photos courtesy of JYJ Philippines, Astroplus and All About Cassiopeia

[Article is written by Aren from All About Cassiopeia. Any copying, republication or redistribution content other than for personal uses is expressly prohibited.]