For 2012, both TVXQ and its fans, Cassiopeia, were nominated under four categories; the Best Live, Best Music Video for Catch Me and Best Boy Band while Cassiopeia was nominated for Greatest Fans. After the 30-day voting ends, it has been revealed that TVXQ has successfully garnered their award for the Best Music Video for Catch Me with over 8.6 million views in YouTube.

Watch the duo’s response towards their winning and their gratitude for the fans in the Winners of the 2012 allkpop Awards official video below around mark 7:43.

BONUS: Promotional posters for TVXQ for the 2012 allkpop Awards presented by All About Cassiopeia. 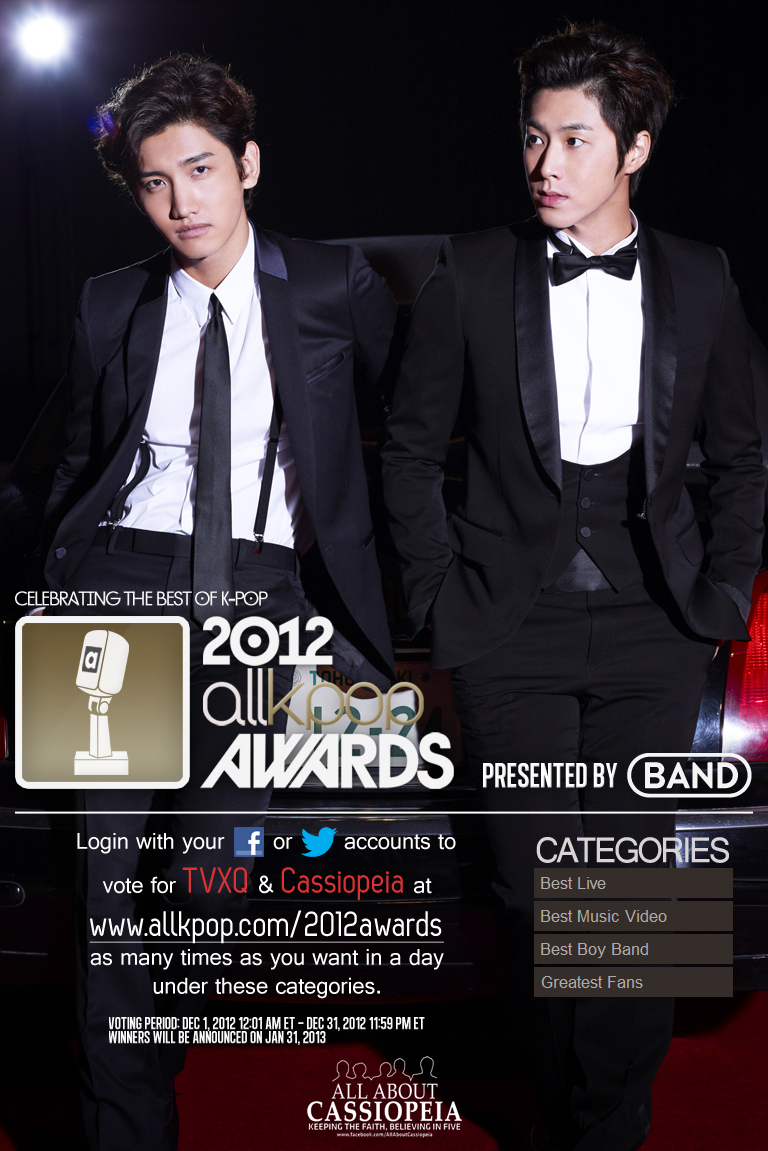 Photos courtesy of allkpop and All About Cassiopeia

[Any copying, republication or redistribution content other than for personal uses is expressly prohibited.]