Idol group TVXQ!, who announced the beginning of their World Tour, released their second title song Humanoids and planned to catch the eyes and ears of the audience once more.

Specially opened to the public through TVXQ! Official Homepage, SMTOWN YouTube channel, TVXQ! YouTube channel, SMTOWN Official Facebook, TVXQ! Official Facebook, SMTOWN Global Twitter and etc., Humanoids music video recorded the various states of TVXQ! in sensitive pictures and catch the viewers’ eyes. This music video, produced by Hong Wongi, was filmed in a set place at Gyungkido Ilsan and Gwangju that allowed to set a new appearance of TVXQ! who gives intense and powerful performance with their hybrid electronic song, Humanoids, to amaze their fans.

Humanoids music video filming behind story starts now, opened to the public for the first time through Naver Star Column.

Hello, this is U-Know Yunho and Max Changmin from TVXQ!. The pictures that we will show to you this time are the scenes from Humanoids music video filming. Humanoids has the same intense performance as Catch Me. So, to make it well in the music video, the two of us matched our moves before filming and confirmed the camera movement and we checked it diligently. By the way, I put on a serious facial expression, I think, but Changmin made a more relaxed facial expression. Haha. Although we made different facial expressions, at least both of our eyes are serious, right? ^^

After filming each scenes required, we checked whether there were insufficient parts, not omitting to monitor our movements. Changmin is such a dongsaeng who wants perfection like me, so he is also a professional in real situations more than anyone else. He looks kind of serious as if the choreography didn’t satisfy him. ㅠㅠ But in comparison, I look satisfied, aren’t I? Through these processes, TVXQ’s perfect music video was born.

For good clips, we filmed them repeatedly for several times. This stand-by position to start the choreography looks funny, doesn’t it? At the moment, I tried to balance myself while holding onto the dancer-hyungs’ legs! My eyes met the camera so I smiled a bit. In comparison with dancer-hyungs’ faces, mine really looks like a naughty boy. ^^ What kind of facial expression did Changmin, who sat at the back, make? I became curious suddenly.

Through repeated filming, we were worn out and tired, but I tried to enjoy the filming by joking around with the dancer-hyungs who suffered together with us. Isn’t this scene warms comfortably that we laugh and pat on each other even though we were all tired? We are the family who can laugh together in this exhausted condition! ^^ 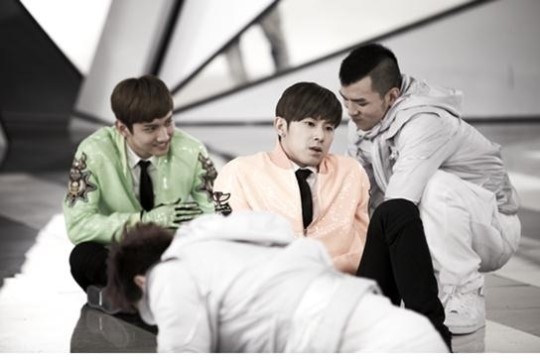 I finally revealed Yunho-hyung’s exhaustion picture! (laughs) It was a break time. We were getting tired after the long filming. Yunho-hyung looked really tired, doesn’t he? Are you saying that I looked like a naughty boy laughing behind of him? We both looked tired but when the camera began rolling, we get our energy back again.

I recalled that I dealt with the filming diligently with some interviews in between. ^^ I introduced today’s stages to the sketchy camera that filmed me with its best while Changmin always put an effort to set up the perfect stage by having a conversation with the producer-nim. You can feel our passion while preparing Humanoids from Changmin’s appearance that is serious than any other time. 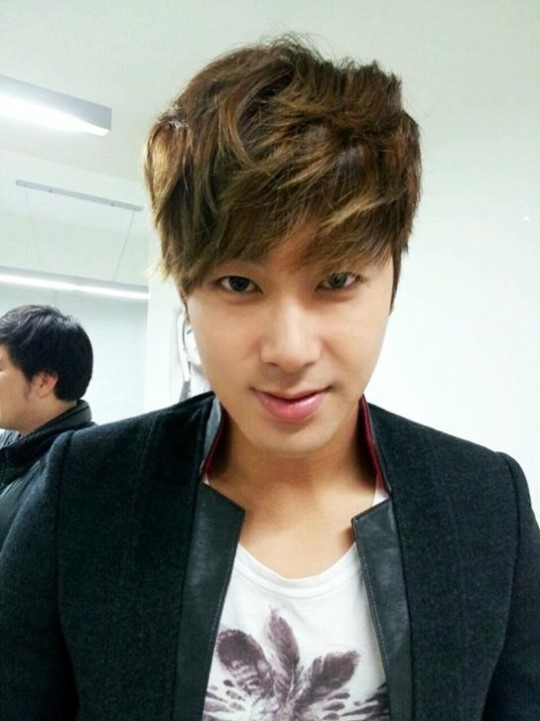 The pictures that we will be showing you from now on were from Catch Me moments. As we made a comeback with a new album after a long time, we worked hard and tried our best to show you guys more various concepts. That day, we had an interview. We were tired, but we worked on with smiles and got power from you who always supports us. 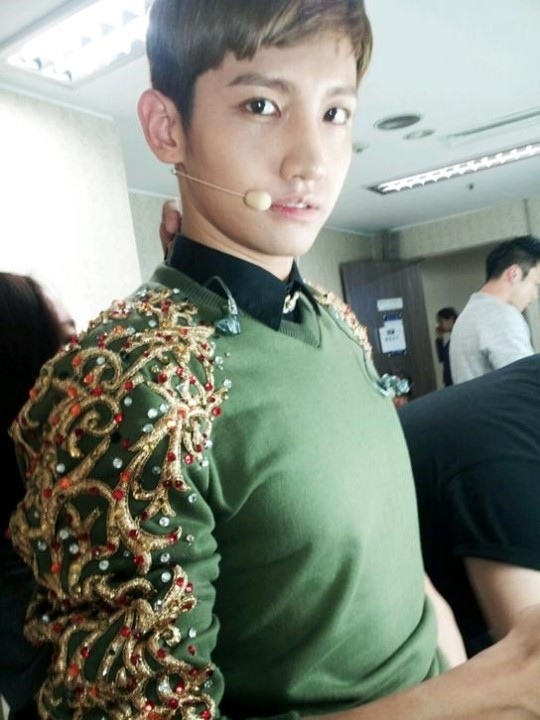 Today, we had Catch Me music broadcasting. Taking one shot while I put on the microphone for the live performance and prepare to go onto the stage! Personally, I like this one because I can feel that I’m there. Do you think I looked tensed? Haha. Sincerely, it would be a lie if I don’t get nervous before going onto the stage! I think a little bit of tension is needed to make the best stage.

Do-doong~ What I can say about this picture is that this was me in a guitar practice in the waiting room. I still have insufficient playing skills to perform but I will practice hard so that you can listen to it later. For now, my skills will make an awkward laughter! Don’t forget TVXQ!’s effort to show a new appearance to the fans every time. 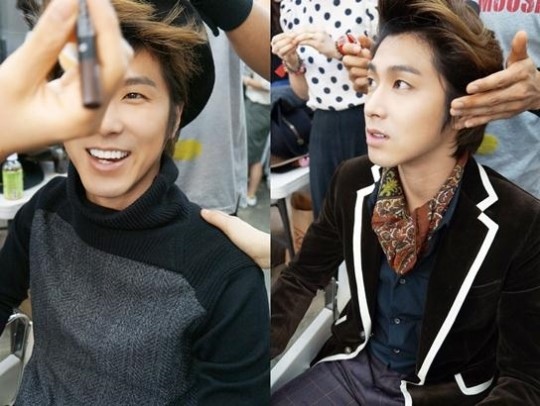 I enjoyed the magazine filming although I don’t know how I will look. I looked happy, right? How is my look after my transformation? I put on this kind of restoration clothes and hair style at first, so I feel awkward a bit but I was amazed with my new look.

A special reveal of my cutie face. Do you like it? ^^ Now we will start our fundamental activities for Humanoids. Please anticipate a lot for this stage and we will try to keep showing you that we are working hard. We ask for your love for us!