Rumors had been speculating around the net regarding the prestigious award ceremony, Golden Disk Awards, that is to be held for the first time ever in Malaysia. These rumors can be finally put to an end as this ceremony is confirmed by its official website to commence next year January 15 to 16 in Sepang International Circuit under the title ‘SAMSUNG GALAXY The 27th GOLDEN DISK AWARDS in Kuala Lumpur‘. 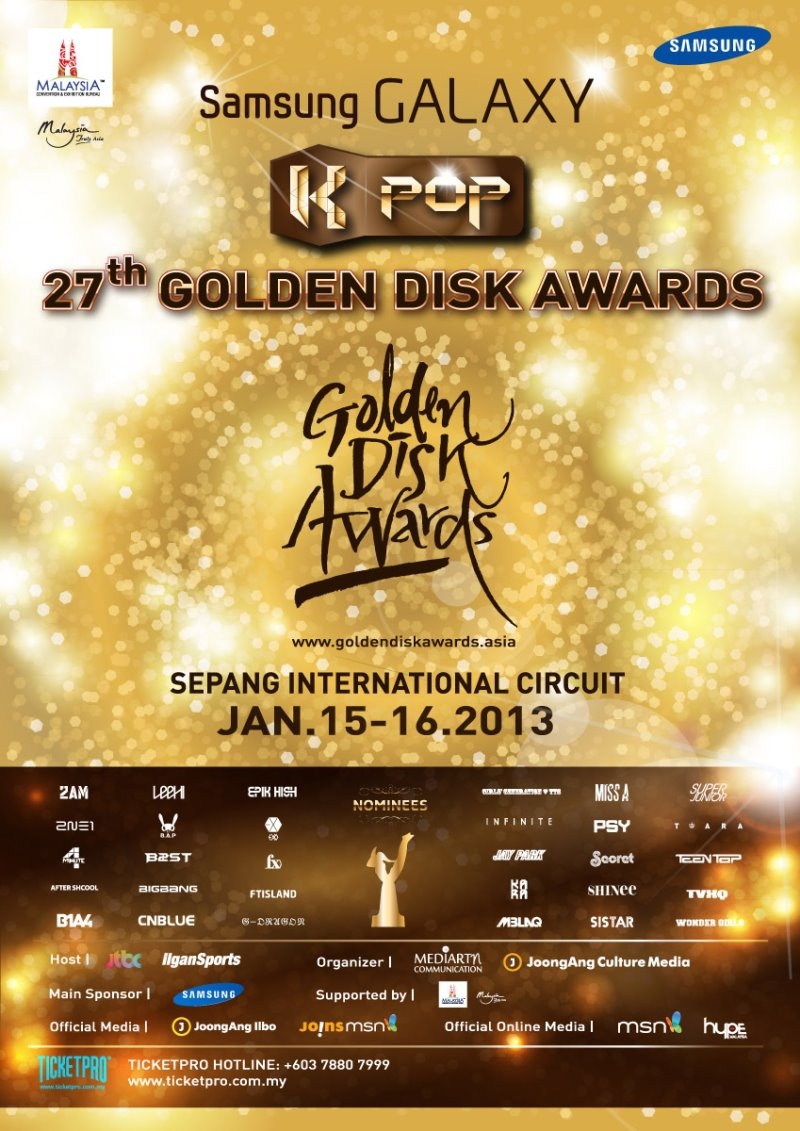 South Korean boyband, TVXQ, will be nominated in this ceremony under two categories; Disk Award Album and Popularity Award.

Although it is unclear whether this duo will be present or performing in this ceremony next year, TVXQ has won seven awards in different categories in this award ceremony in previous years.

In another news, TVXQ will be having their second stop for their Live World Tour ‘Catch Me’ in Hong Kong in January 19, 2013.

Photos courtesy of The Golden Disk Awards and SM Entertainment

[Any copying, republication or redistribution content other than for personal uses is expressly prohibited.]