Greetings From All About Cassiopeia Team For #4thAnniversary 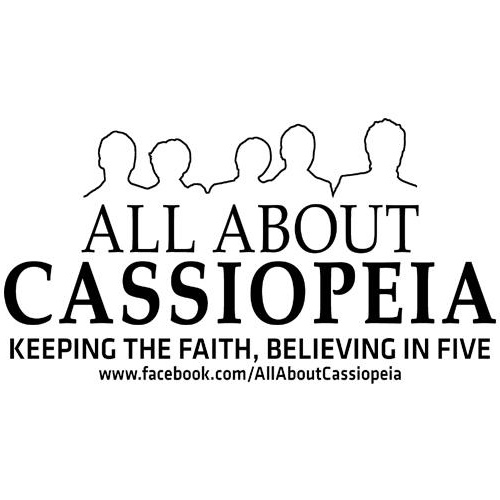 It has been four years now! Yay! Started off in Crunchyroll, there were at times I was in hardship and without the help of my team mates, I wouldn’t be sitting here and typing all these sentences. I’ve learned lots of things throughout this four-year journey and they made me realize the importance of spreading the love of TVXQ & JYJ.

Although my team mates did come and go in previous years, I certainly appreciate the help given by them in managing this international fansite. I’m glad to be your so-called “boss”. You guys are the best as always. ♥ I also wish to thank all other fansites and fanbases for your never-ending support towards us!

Happy Birthday All About Cassiopeia! ♥

—Douglas (Founder of All About Cassiopeia)

Hello! It’s been half a year since I joined the team and I don’t have any regrets in doing so. Being here made me become more open about the fandom and not just be biased about my own views. Since we cater internationally, I learned to practice fairness and saw the situation from a whole new level.

I would like to thank the fellow admins. You became my new set of friends. We might not see each other personally soon, but I do believe we will do so, just as I believe that our boys will be reunited in the right time. Thank you so much for accepting me in the team and I hope we can all work together for a longer time. :3

Hi guys. Well, it’s a really special day today for us all. Firstly, I would thank you all and the admins as well for your endless support that you give to me and as well as to everyone here. Time runs so fast and I feel like it was just yesterday. I really love interacting with different people and sharing our interests surely is a lot of fun. Not to mention ultimate spazzing together. xD

Hello guys! Today is a big day, the 4th anniversary of All About Cassiopeia and I can say that all these guys are very happy like me. We have a lot of girls and a boy 😀 (the Boss) who really love TVXQ. I knew TVXQ since 2007, and till now I really still supporting them, just like all the All About Cassiopeia Team members. 🙂

Please support this fansite, we are still working for all the Cassiopeia in the world! Thank You 🙂

Hi! Even though I just joined like a month ago, this fansite has been really welcoming. It makes me really happy to see so many people supporting TVXQ and I’m proud to be a part of you guys!! 🙂

I’ve been a huge fan of TVXQ since 2006, and I’ve never thought that I’ll be able to do my part in spreading the love for our five boys until half a year ago. It’s been great working with the other admins in this team and I’m really grateful to Admin D for accepting me into this awesome team! ^^
Through the hard work of various admins, I hope that we’ll be able to spread “Faith” to all Cassies! And I’ll work hard in being your Graphic designer and Japanese translator! Hwaiting!

Happy Birthday, All About Cassiopeia! ♥

Although I’ve only been part of this group for a short time, I think I can easily say that you guys are a great group to work with and I’ve certainly experienced the best of my fangirling moments with you guys. xD

I really enjoy working with you guys and I hope that we can meet sometime in the future, hopefully in KOREA ♥ at a DB5K concert preferably haha 🙂
Anyways congratulations to All About Cassiopeia and I hope we become a long-run team, regardless of unfavorable circumstances that we may face ^^
Thanks guys and HWAITING ♥

생일축하합니다 All About Cassiopeia! xx

I never thought that there would be a TVXQ fansite that accept me, who is such a slacker and retard. I’m really glad that I’m with All About Cassiopeia Team and share stories, not only about TVXQ but personal stuffs as well, learning about each other better and better. I really feel this is my homebase whatever happen and I become comfortable to open up some sensitive problems because All About Cassiopeia is my homey!

I never feel tired to spread accurate information that is directly from agencies or entertainments, or teach some Koreans to make Cassies understand more about our boys. Actually, when I joined the team, I was unsure about fangirling in public place, but now I confidently say that I’m a Cassie every people I met. You guys are the source of my strength as a TVXQ-lover. Yaaaap!!!

I don’t remember since when I’ve joined All About Cassiopeia, but this is definitely a right choice I’ve made. Working in groups wasn’t my thing, but here, I find it so interesting because all of us have the same dreams for DB5K (which is difficult for me to find in real life). I learned a lot of things here, and thanks to my job, my Korean improved so much! And of course better Photoshop skills thanks to D. 😛

I haven’t been on the team long, but so far this has been a journey well worth taking. ^.^ I’ve truly enjoyed meeting the All About Cassiopeia Team as well as seeing some of the members of the AAC family around the Internet. I hope to stay for more anniversaries and meet even more wonderful Cassies! ♥ AKTF ♥