JYJ′s Kim Junsu is continuing to tweet his wild and surprising music video appearances and has put up new looks of himself from his video.

On May 17, Kim Junsu tweeted, “Tarantallegra” and later in the day, “Secret”.

The first picture showed Kim Junsu with blond hair in a purple jacket with an ultra-deep V-neck (SNL, anyone?).

The second picture showed Kim Junsu with black hair in a short bob and a black see-through laced shirt. In both pictures he wore smoky makeup and his color contacts. 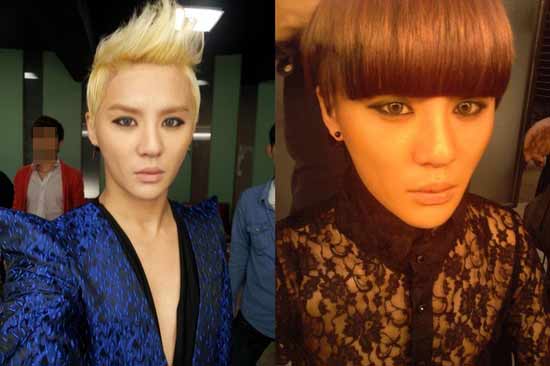 Netizens commented on the photos saying, “It’s all so shocking”, “I don’t think anyone could have pulled off this concept like him” and “He looks prettier than most girls do.”